Good design is sustainable design. Last month tokyobike received the Long Life Design award – a prestigious award in Japan recognising products that will go on to become ‘classics’, serving a purpose for years to come. Since 1957 the Good Design Award movement has been aimed at “enriching our lives and society through design” and the ‘G Mark’ is associated with many of our favourite designs which makes this achievement all the more special.

Some of the ideas that informed the original design of the bikes and continue to shape the direction and outlook of the brand are touched on here.

“The concept for tokyobike wasn’t simply about designing a light-weight bike to travel fast but to offer something that could act as a catalyst to make small changes to everyday life.”

If the mountain bike was designed for mountains so tokyobike would be for the city. Everything started with the name. When the first tokyobike model  was released in 2002, there were really only road bikes or mama-charis so tokyobike was something different. The primary mode of transportation in the city centre was by car, train, or on foot. Moving around by car or subway though is often from A to B but, when traveling by bicycle, everywhere is connected and you can begin to use all your senses.  With a fresh perspective, you start to feel and experience more and are better able to appreciate the city. So tokyobike saw the potential for the bicycle to be reimagined and decided to make this ‘experience’ as a product. 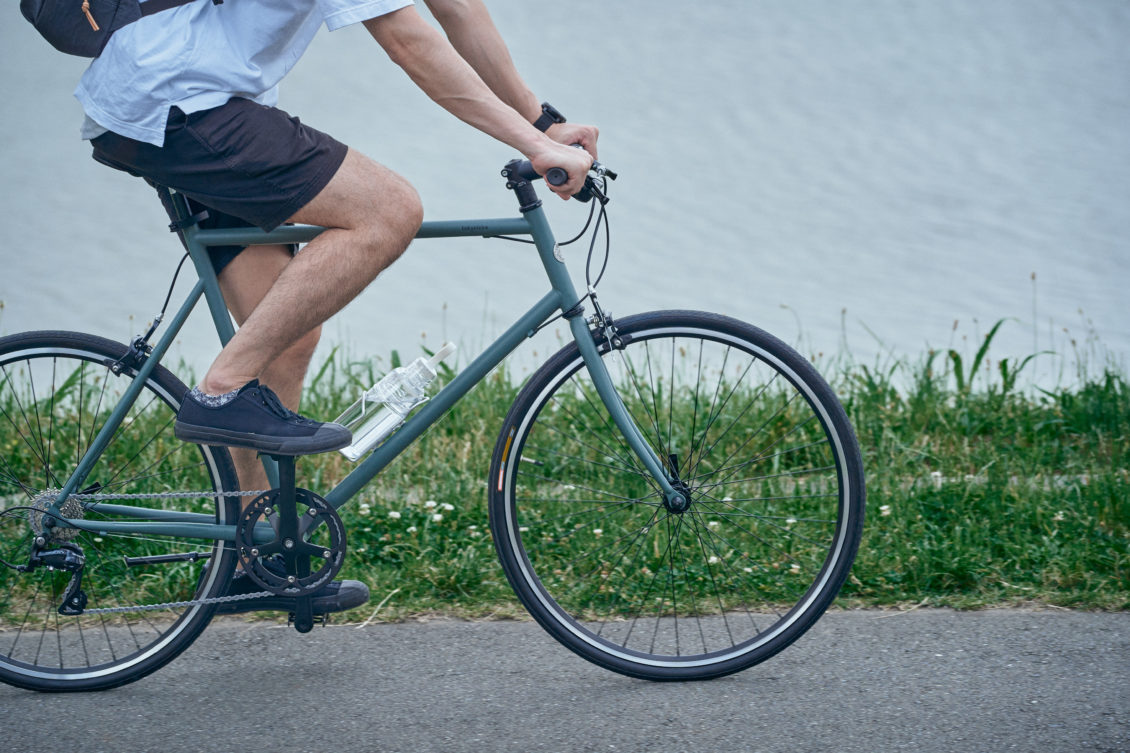 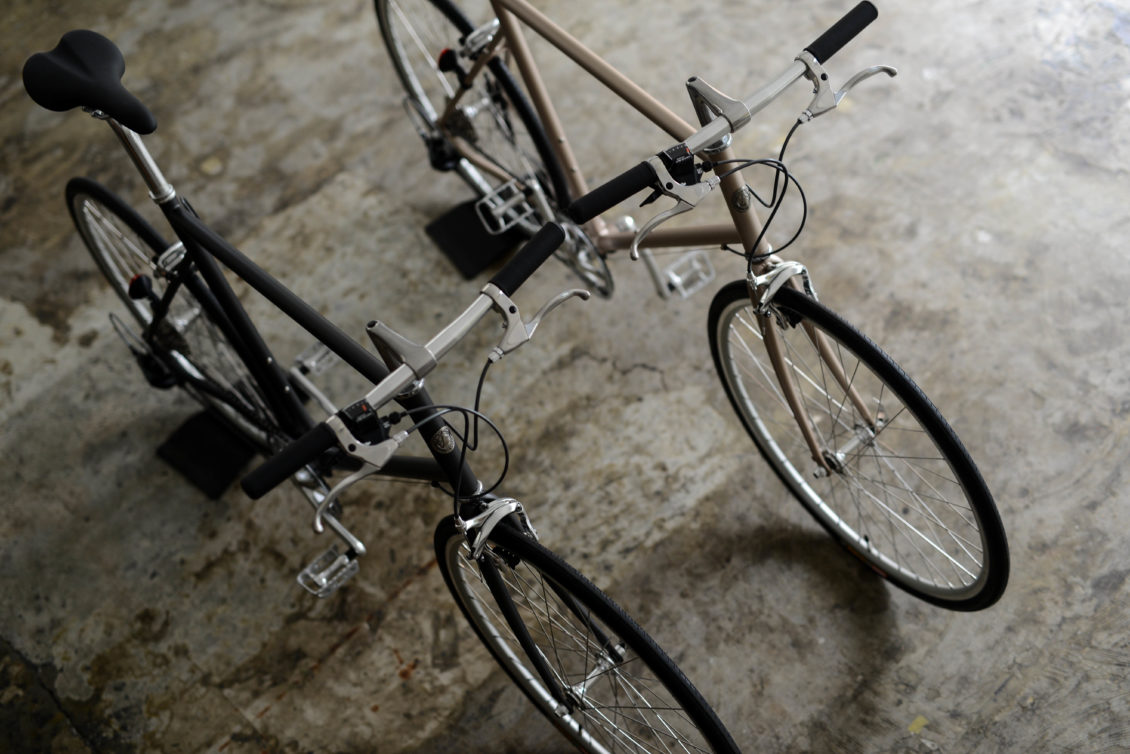 In order to recreate the lightness of a road bike and ease of riding in the city, slim tyres and a flat bar were chosen. In Tokyo, where there are many traffic lights and frequent stop / starts it was important that pedalling was easy. They therefore specified wheels that were one size smaller than traditional road bikes.

All the unnecessary components for city riding that were typically found on road bikes were removed. Cr-Mo (light-weight) steel was chosen for the frames to reproduce the beauty of classic bikes from the past. This resulted in the simplified form and proportions of tokyobike. 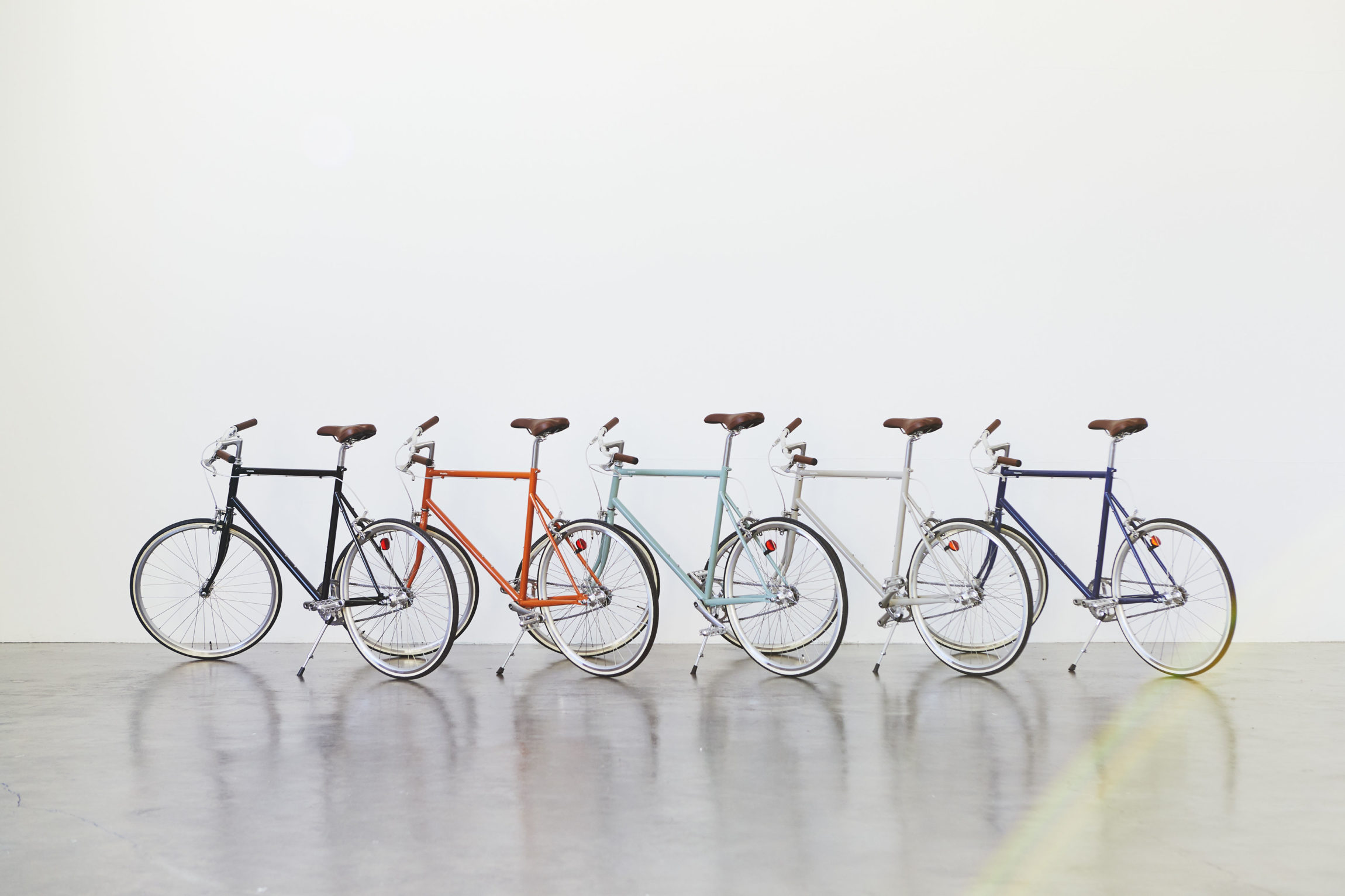 The colours of the frames were chosen in much the same way as they would have been in the fashion or interiors industries with a palette that would appeal to city inhabitants. Inspiration for colours was taken from day to day life with the ambition to be timeless and a reflection of the owners aesthetic and style.

The idea that ‘travellers seek a local experience and locals look for adventure’ is something important to tokyobike.  Our retail stores have always been rooted in areas where there has been an affinity with the local community and its the encounters with the people who live and work in these areas that have led to the growth of tokyobike. A belief in global and local values is a feeling shared by tokyobike partners all over the world. 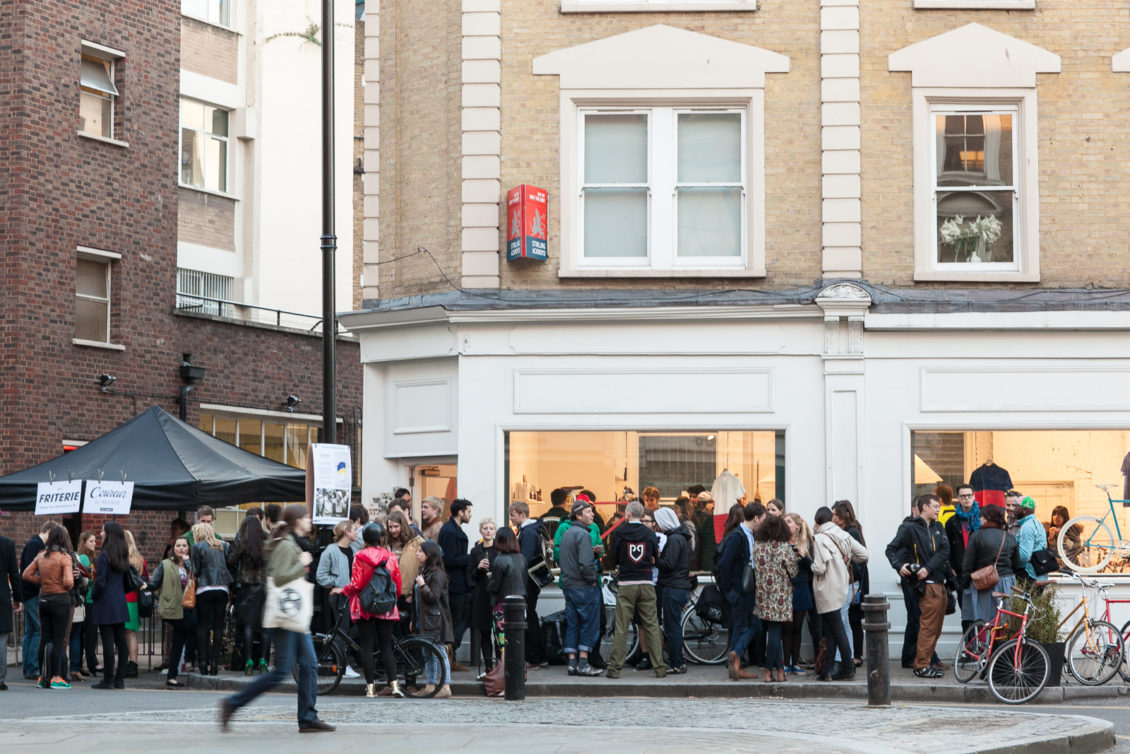 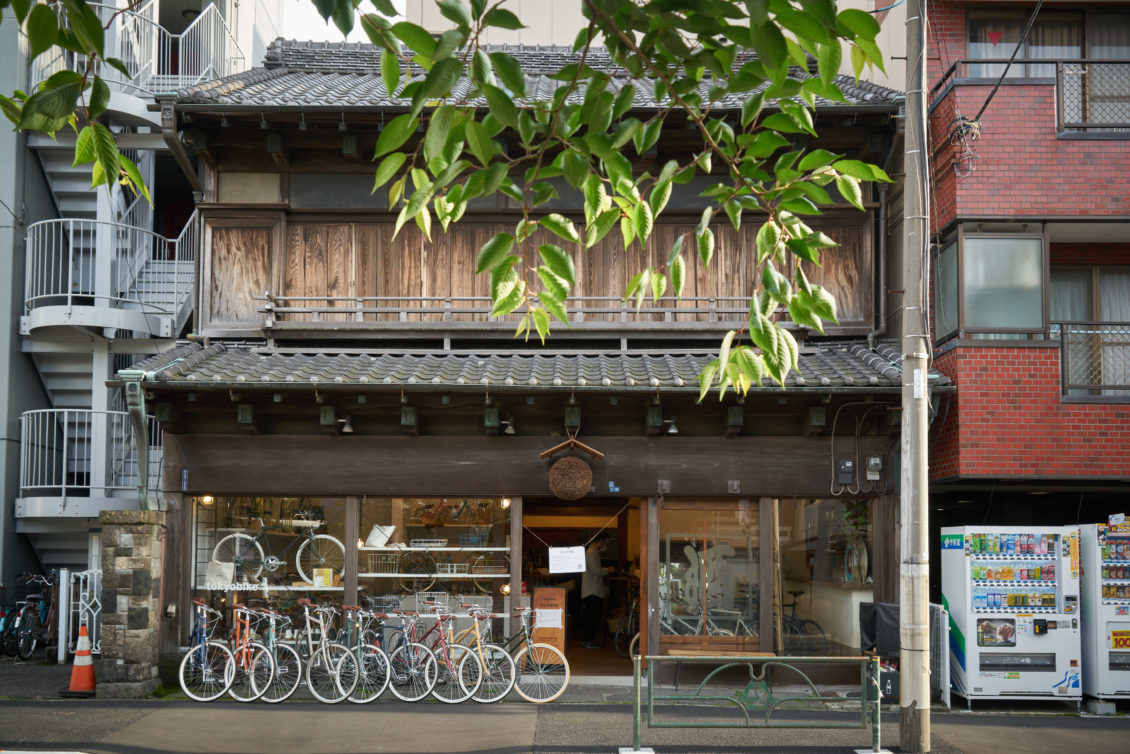 In Yanaka, tokyobike discovered an old liquor store that had been in operation for over 300 years. Now its home to a tokyobike store that not only sells but also rents bicycles, providing the means for locals and travellers to explore the city.

Many of the collaborations are also local, working with brands that share a similar outlook and idea about “making small changes to everyday life.” Some favourites over the years include Ace Hotel, Alexander Girard, CKR, New Balance, Brooks England, Beams, MoonStar, TRAVELER’S FACTORY and Ally Capellino. 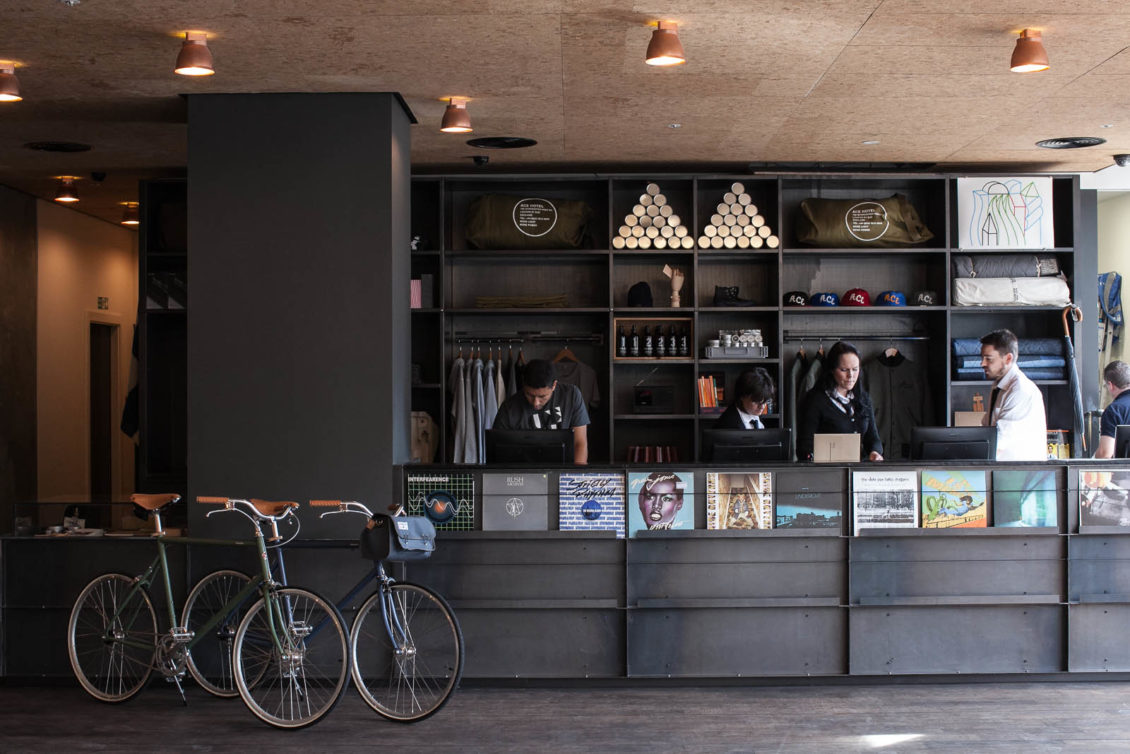 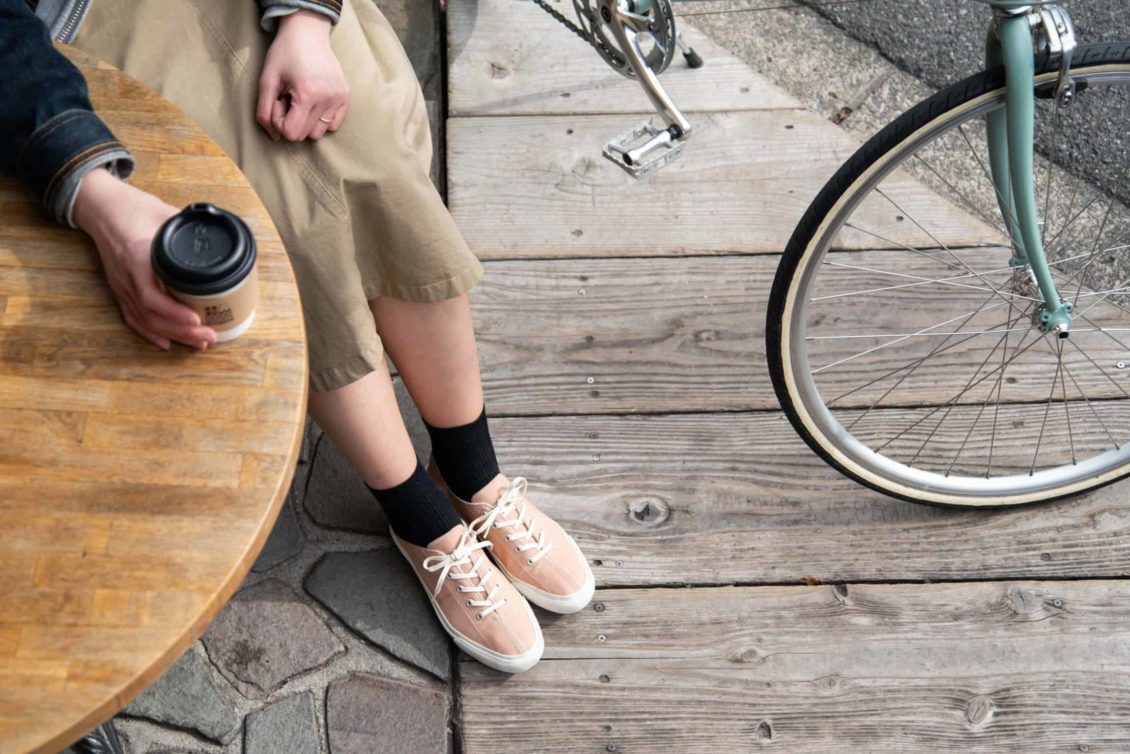 For the Ace Hotel in London, tokyobike designed an original frame to be used as a rental for guests. Cultural rides exploring city architecture and the design scene were organised with the bikes then made for new openings in LA and Kyoto.

In collaboration with MoonStar, founded in 1873, tokyobike created original sneakers that ‘make you feel like exploring your city’. This affinity with brands that create simple and timeless designs remains strong and this particular collaboration was a perfect fit.