For the third in our series of Summer Rides for 2018, run in collaboration with Ace Hotel and selected photographic partners, in this case the Kodak Camera Club, we took a ride down the River Thames to Richmond Park and back.

As the glorious weather continued, a new group of riders congregated at Ace Hotel on the morning of the 14th of July, ready to pedal their way from the sweltering city streets to somewhere a little cooler; the shade of a great oak tree in Richmond Park. After an introduction to the cameras, the types of film being used and the general magic of analogue, we saddled up and set off from the tokyobike store on Tabernacle Street heading due south west.

Using the ever extending network of official cycle paths that traverse London, we rode through the Barbican, past Smithfield Market and down Farringdon Street to Blackfriars Bridge, where we joined what Transport for London call the East-West Cycle Superhighway. This is the two lane cycle path that follows the Thames Embankment on the north side of the river all the way to the Houses of Parliament. Turning off at Parliament Square, we continued to head south along the river until Chelsea Bridge, where we crossed to Battersea Park and then joined the Thames Path, which took us all the way to Putney. After a short ride along the Lower Richmond Road, we turned up Roehampton Lane and were soon at the entrance to Richmond Park itself.

For the uninitiated, arriving at Richmond Park on a bicycle on a weekend might seem a little intimidating. It has become somewhat of a destination for cycle clubs and amateur racers to practice, doing loop after loop round the park, on what is a near seven mile road circuit. However, if that isn’t your thing, there is still plenty of room to traverse the park at your leisure using the designated cycle paths. This is what we were here to do, so following a route that took us into the heart of the park, past the White Lodge, which is home the the Royal Ballet School, and down to the Pen Ponds; an ideal spot for a picnic, or as we saw, some fishing. Stopping under a large oak tree by the Western Pen Pond, we immediately watched someone fishing catch a rather large Pike. We then settled down for lunch and quenched our thirst as the heat continued to beat down.

Feeling suitably refreshed, we set off again, taking a clockwise route out of the park, stopping to see some of the native deer, then on past Richmond Gate and down the gloriously fun Sawyer’s Hill. The ride back took a similar route as the way down, only for us to be slightly scuppered at Parliament Square by a political protest, which made us detour past Trafalgar Square. After a last stretch through the City of London, past the monumental Bank of England, we weaved our way back to the tokyobike store, all slightly weary of leg and a little more bronzed by the sun.

Thanks to all the riders for their energy and good spirits, and for providing us with a glimpse of the way they saw the day through the viewfinder. 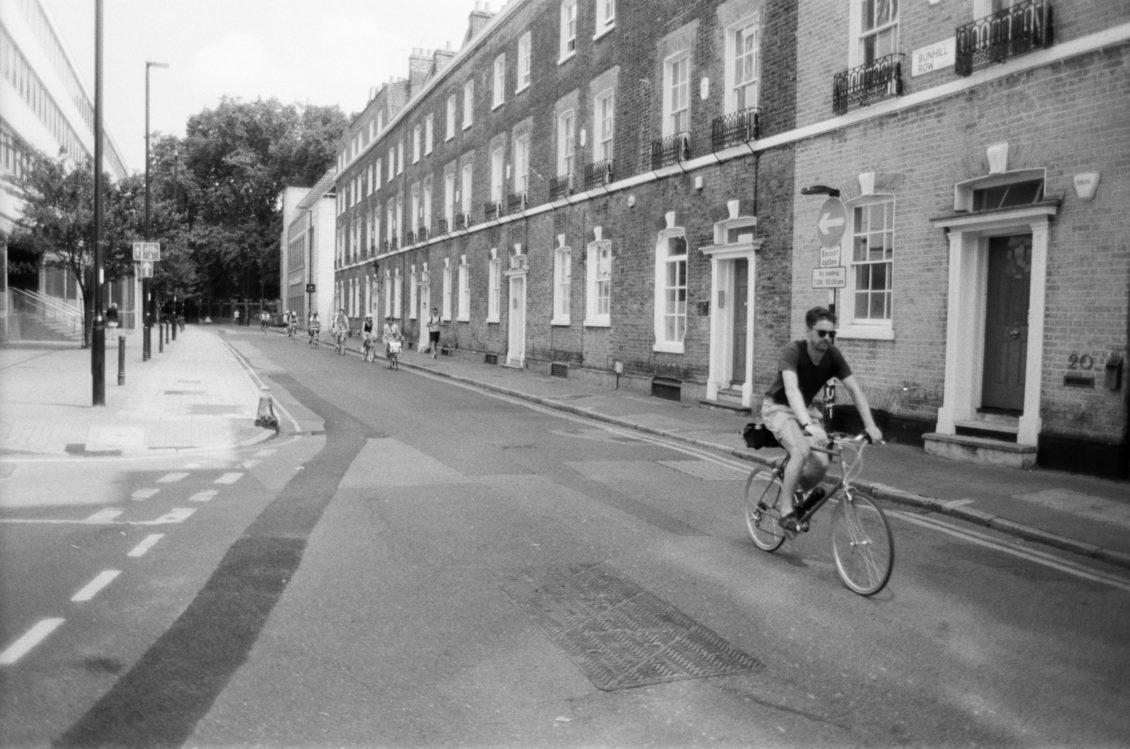 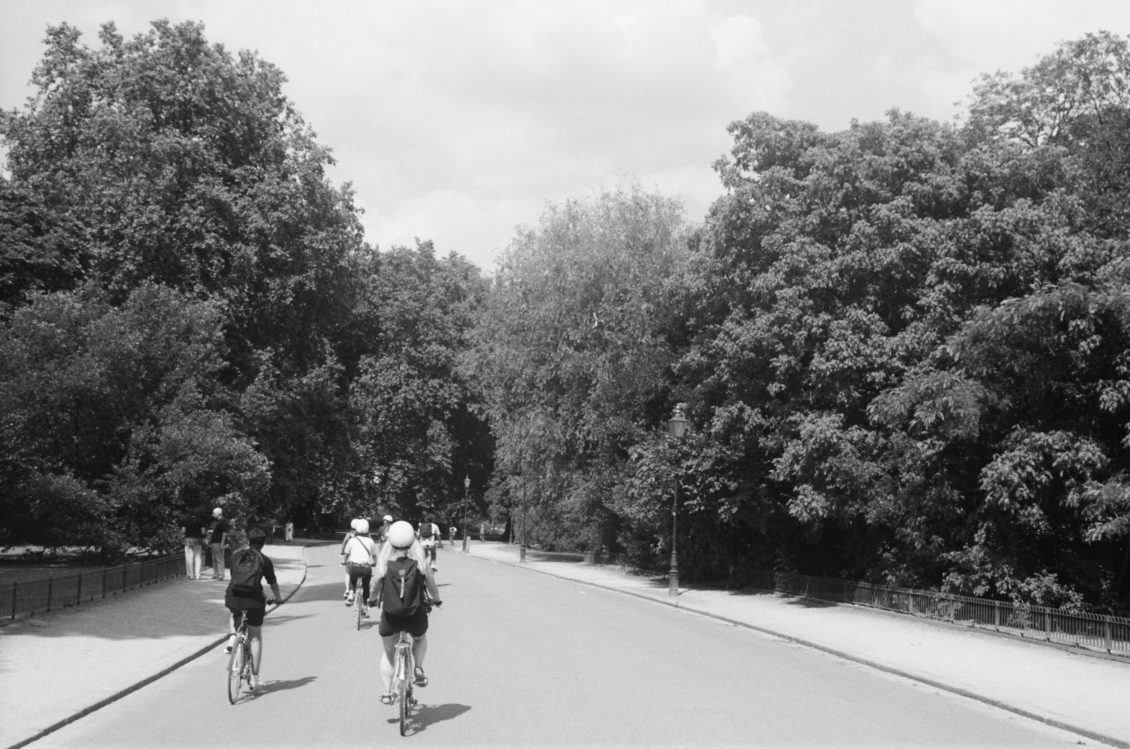 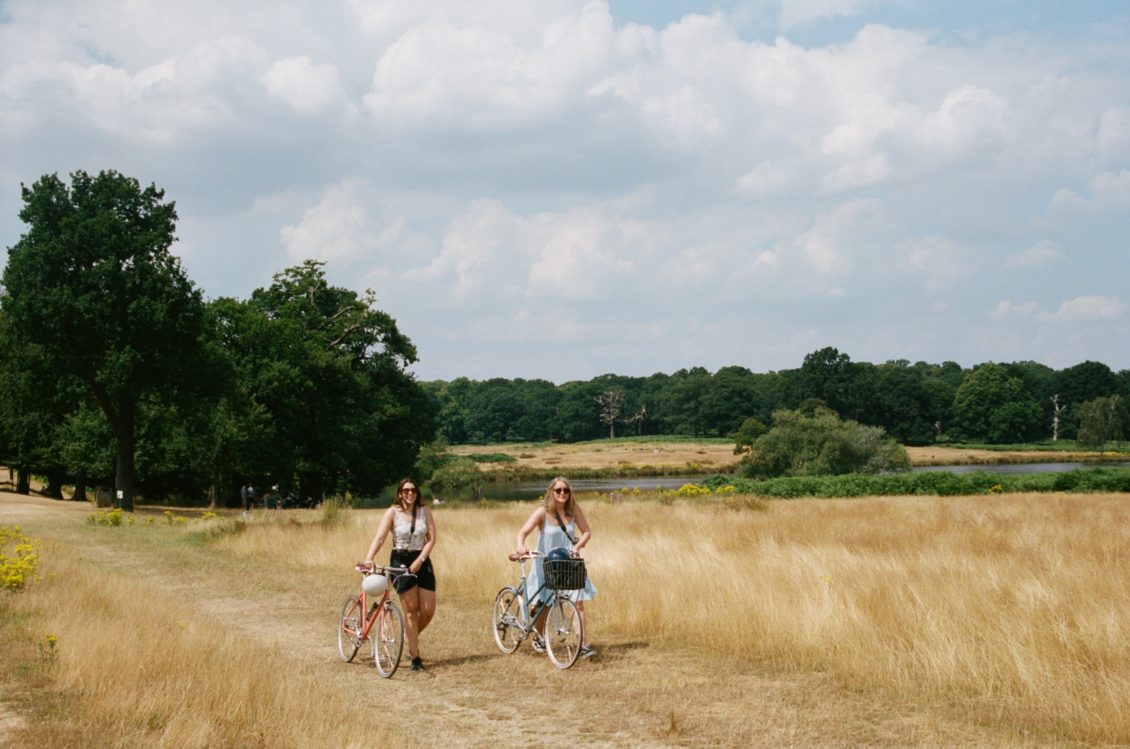 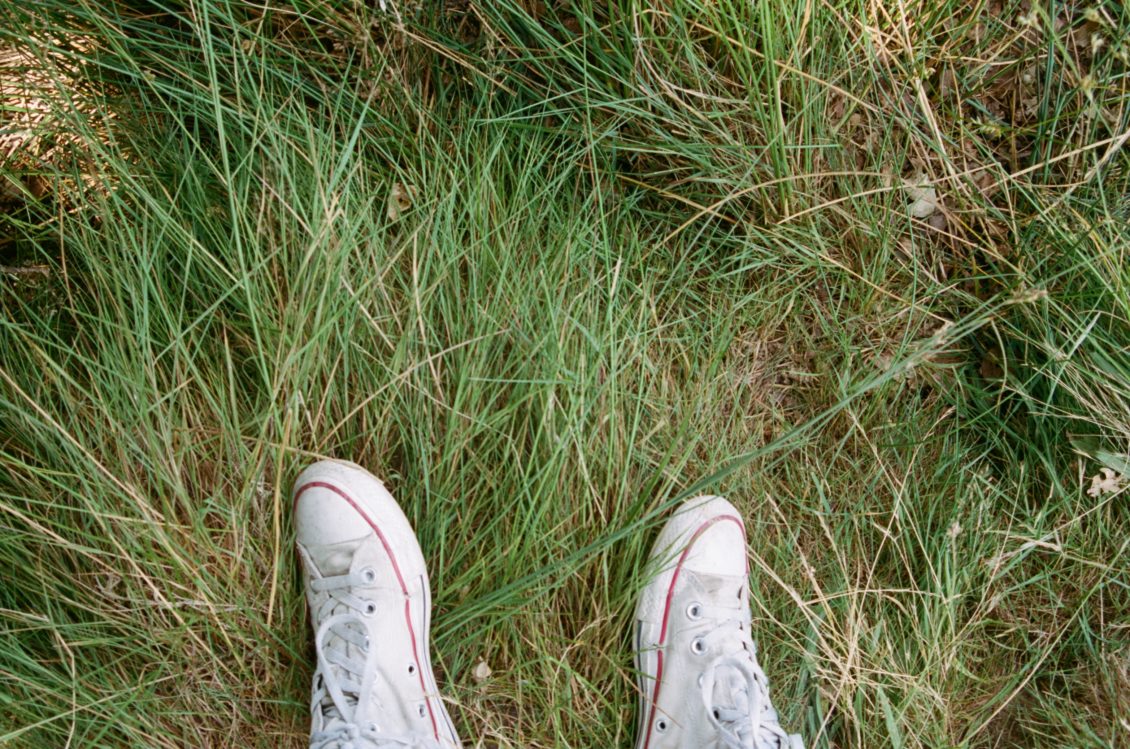 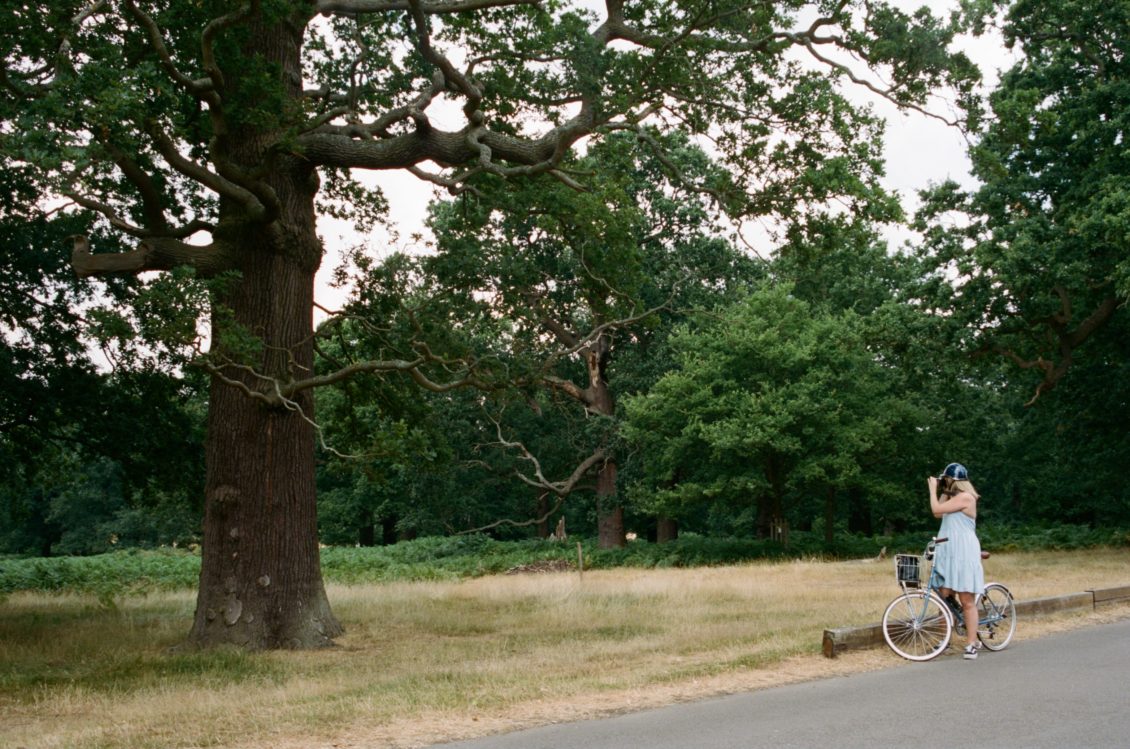 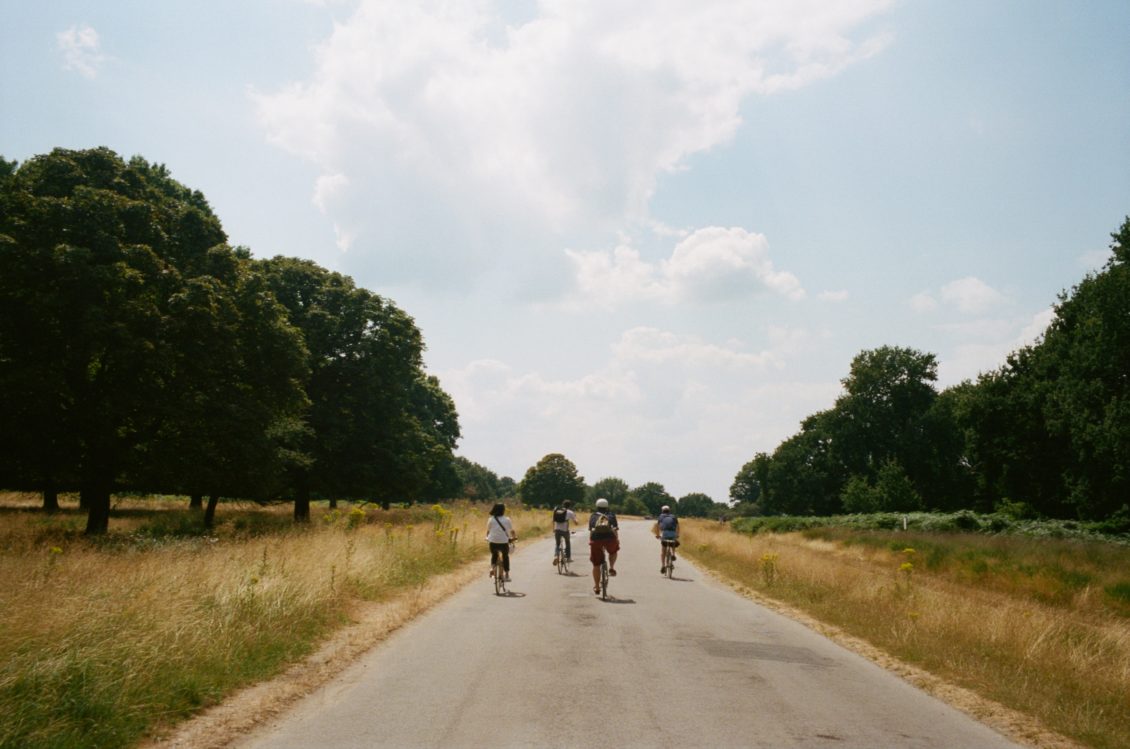 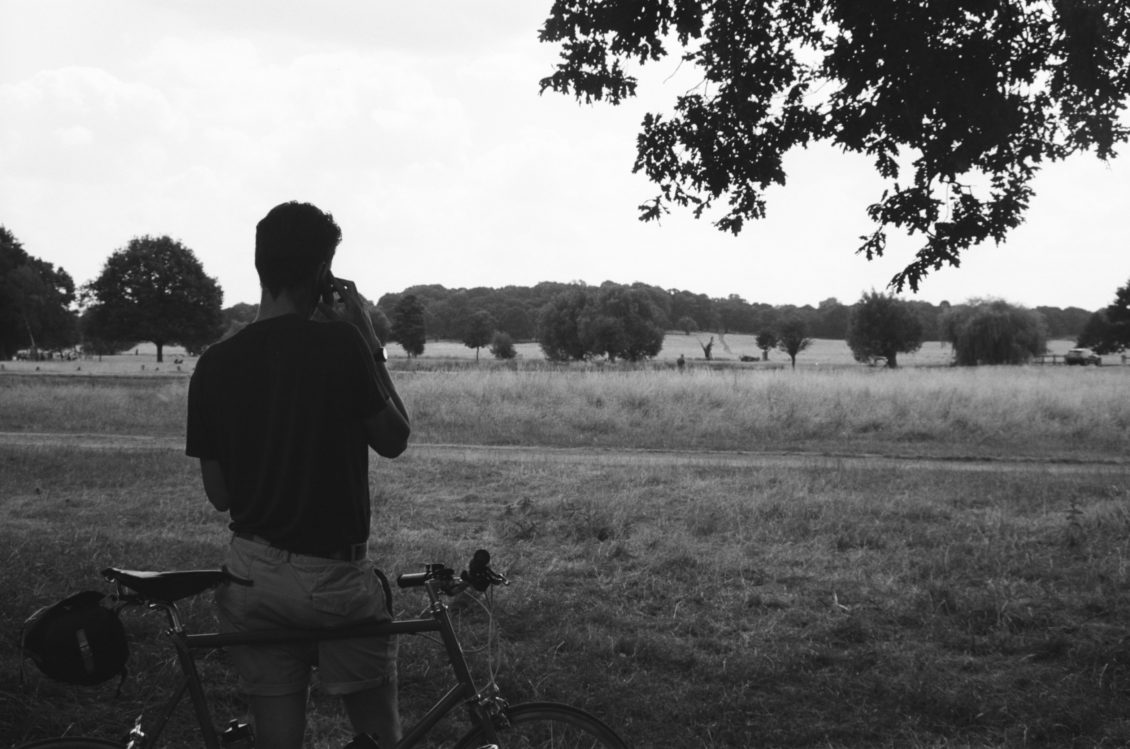 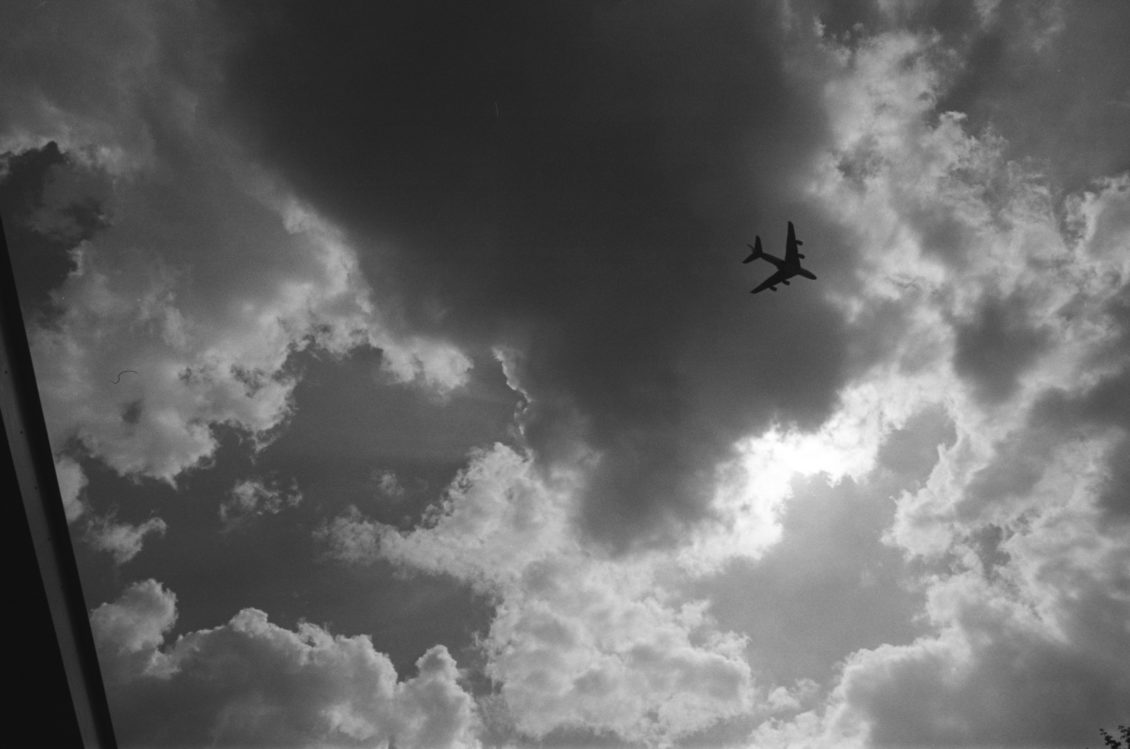 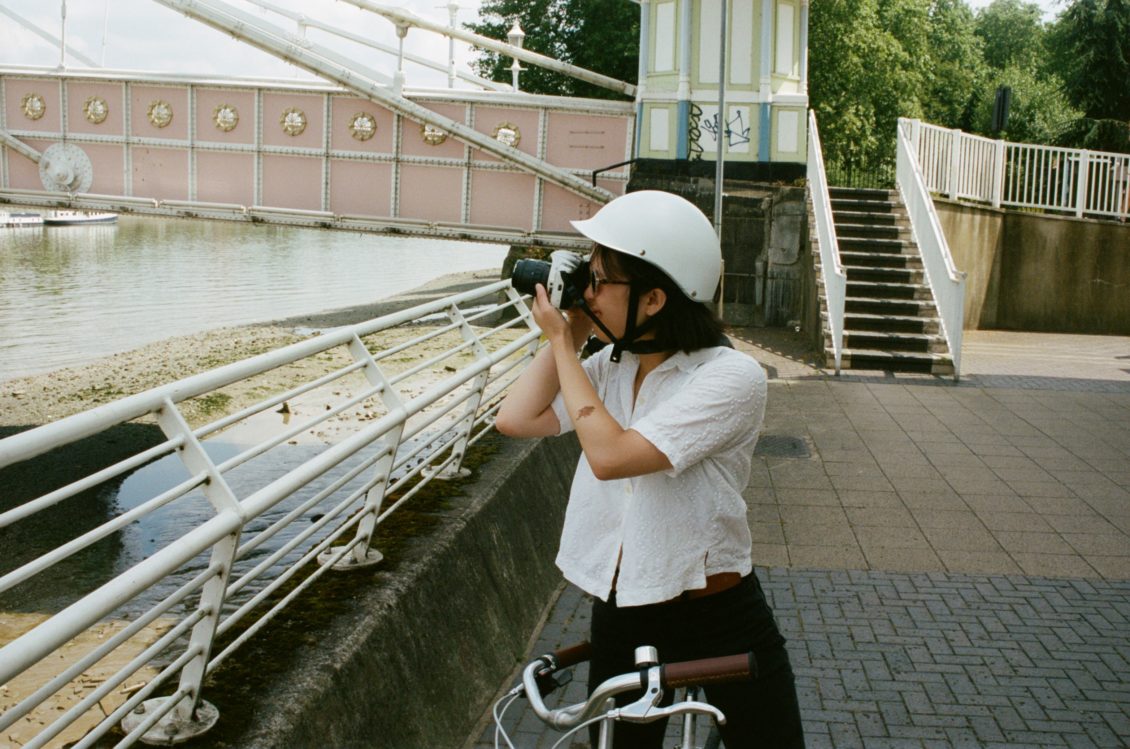 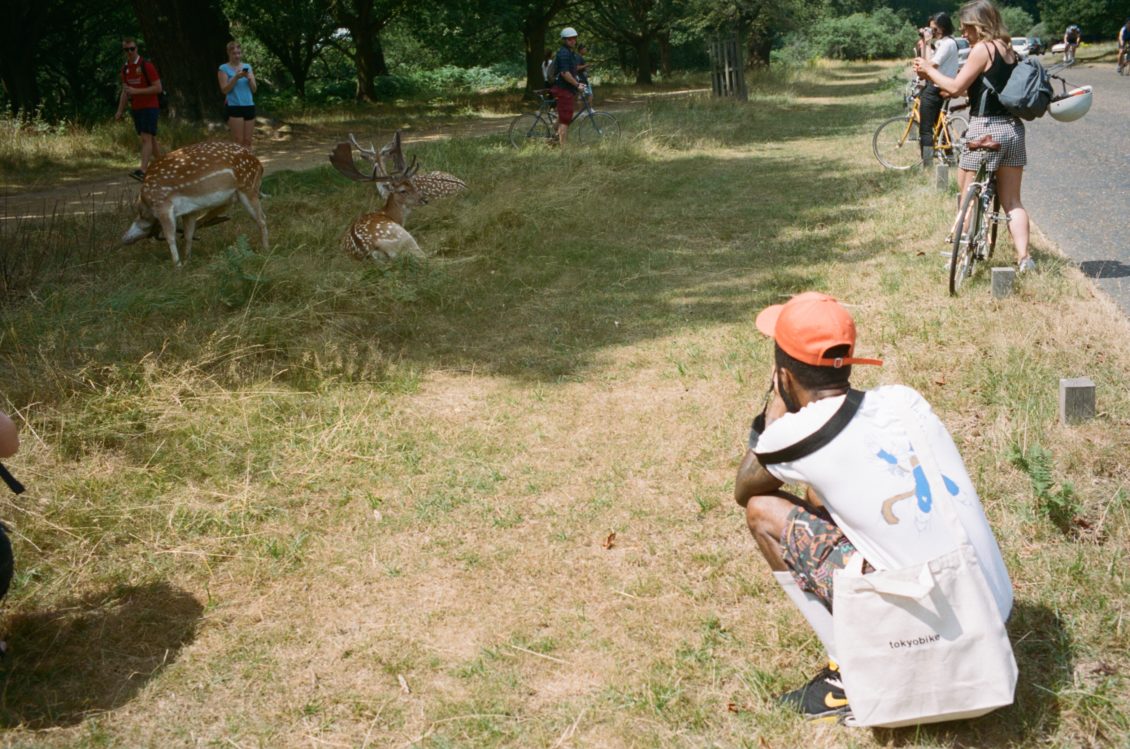 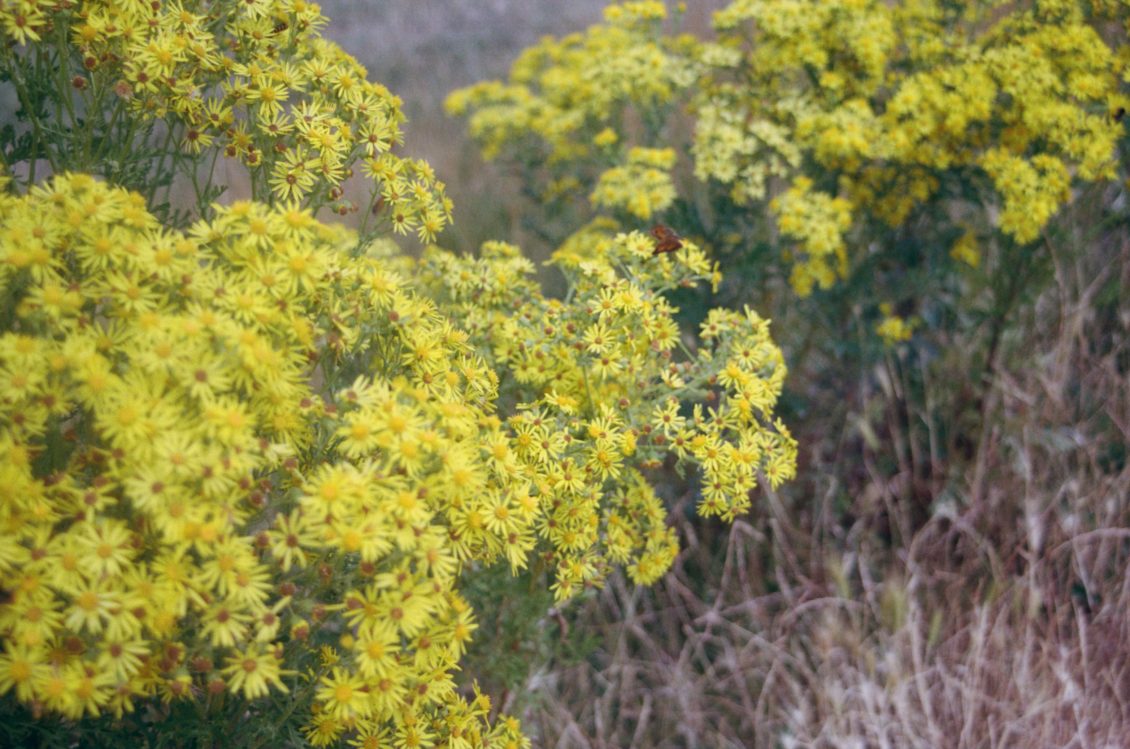 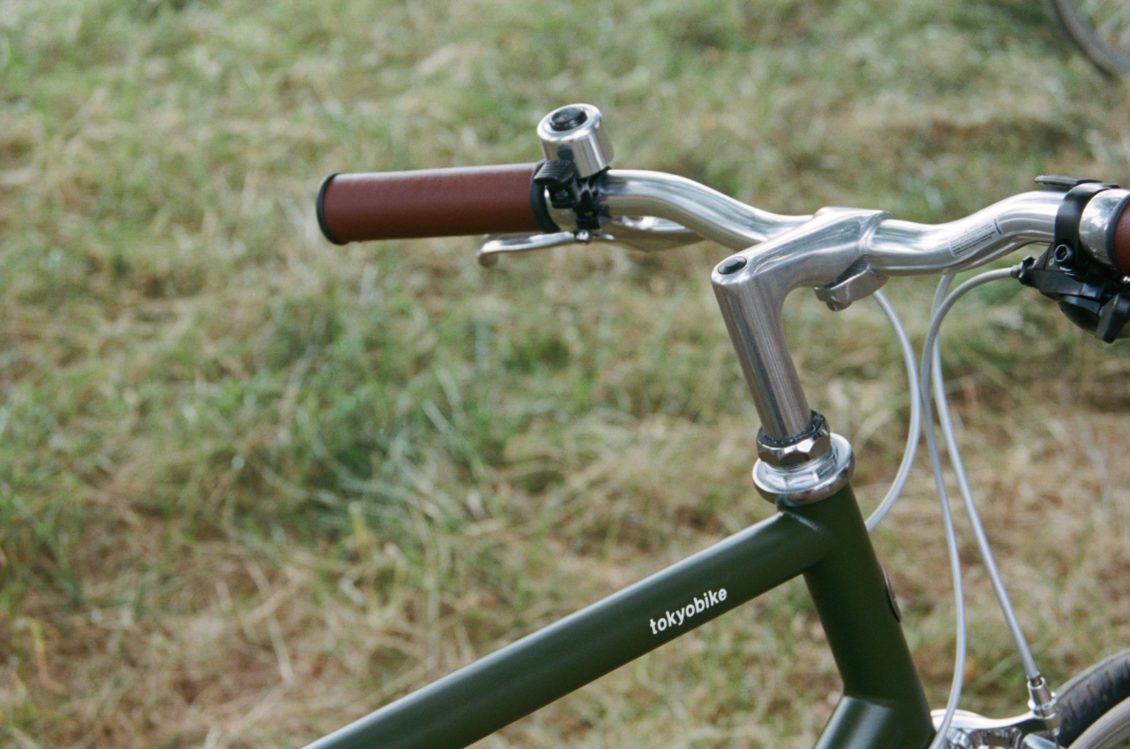