tokyobike celebrates 20 years since humble beginnings in the old Tokyo suburb of Yanaka. There are now tokyobike stores and partners in more than 30 countries or regions any many of the neighbourhoods where they are found share a similar atmosphere. The encounters in those area and the relationships formed with partners there have helped shape the brand. Without them tokyobike wouldnt be where it is today.

tokyobike is a tool that can make your city feel smaller and more connected. Stop for a coffee, meet up with friends or just go for a ride – tokyobike asked some of its partners for recommendations of areas to cycle and places to stop. 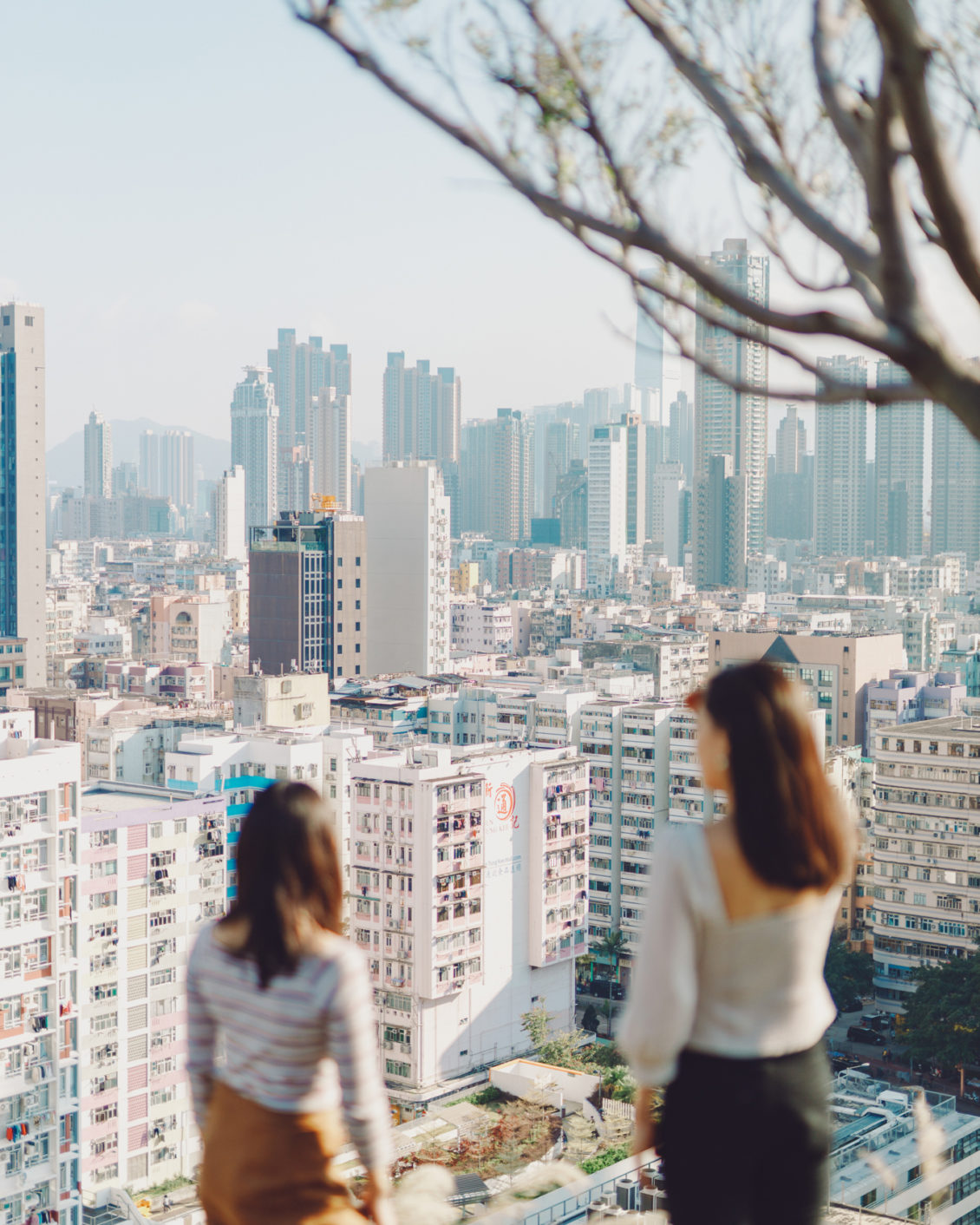 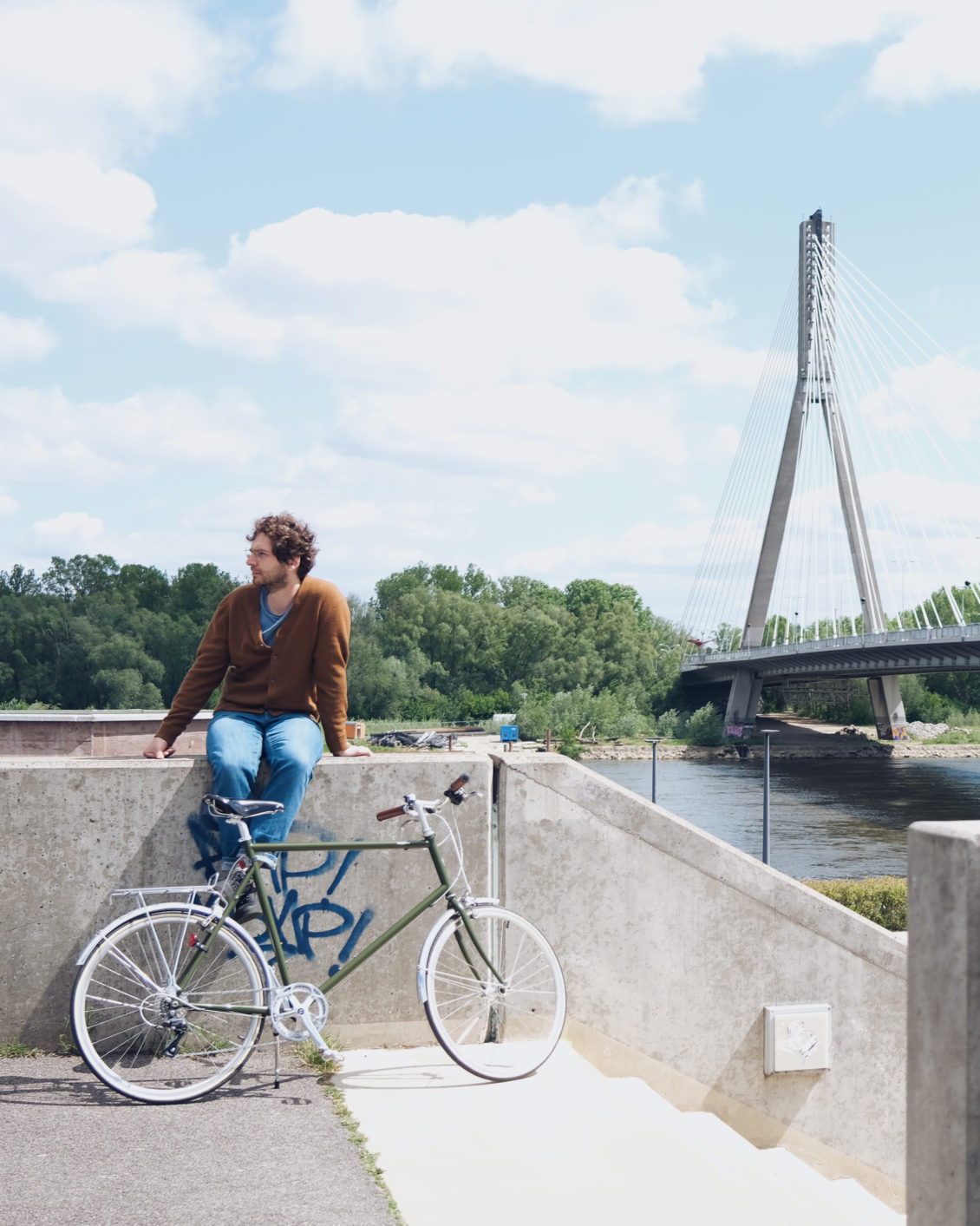 Hong Kong is a busy city but amid the hustle and bustle you can find amazing views, restaurants and small independent shops. Exploring on a bicycle can feel like a treasure hunt. There is also a different side to the city once you head to the New Territories area where there are many cycle lanes that connect to the suburbs.

Kwun Tong Promenade
The waterfront park at Kwun Tong in Kowloon East is a nice, relaxing park – well connected to Tsim Sha, the centre of Hong Long and Tsui and Kowloon Tong. Its the perfect place to relax with friends, catch a sunset or view the city lights at night.

The Powilse district connects the center of Warsaw with the Vistula River, which flows from south to north. Its full of greenery, cafes and restaurants. On the one hand, it is a quiet place where time passes slowly but at times the crowds pour in. It literally takes a few minutes to ride to the river from the tokyobike shop but there is always the option to stop for a coffee or ice cream on the way. Its a great place to cycle thanks to the route running along the Vistula River, especially for longer rides with the cityscape in the background.

STOR Caf
STOR Cafe is located approximately 500m from the tokyobike shop. Their specialty is coffee as well as vegetarian/ vegan pastries. Its often frequented by cyclists and is best visited in the morning when you can sit on the bench in front of the cafe and enjoy a moment of peace with your favorite coffee.

Krasinski Garden
Garden is located about 10-15 minutes by bike from the tokyobike store. It is a tiny park with a lovely, intimate atmosphere. Perfect for relaxing with a book or a small picnic. In spring it blooms with beautiful, fragrant flowers, and in summer it allows you to rest protected by pleasant shade. 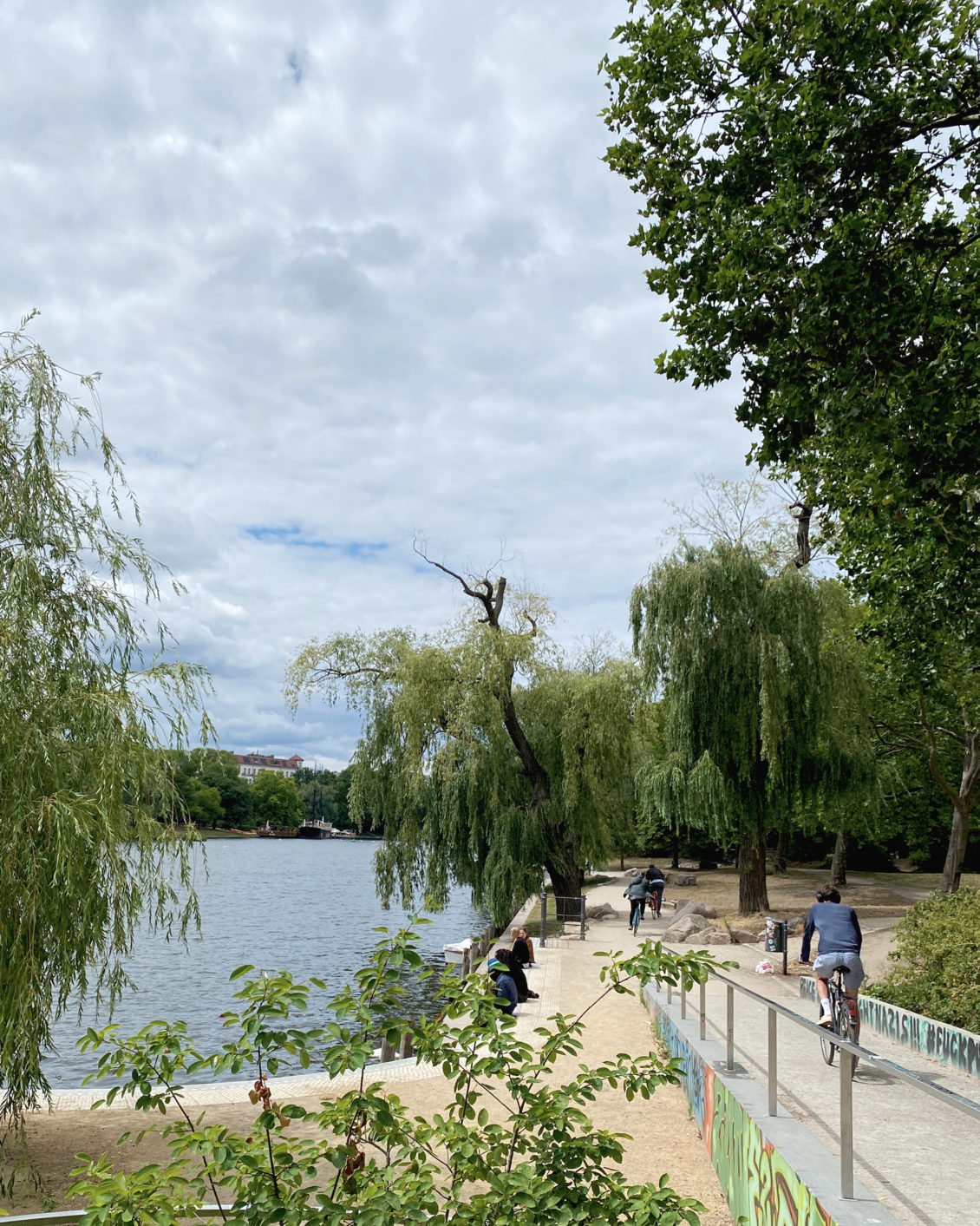 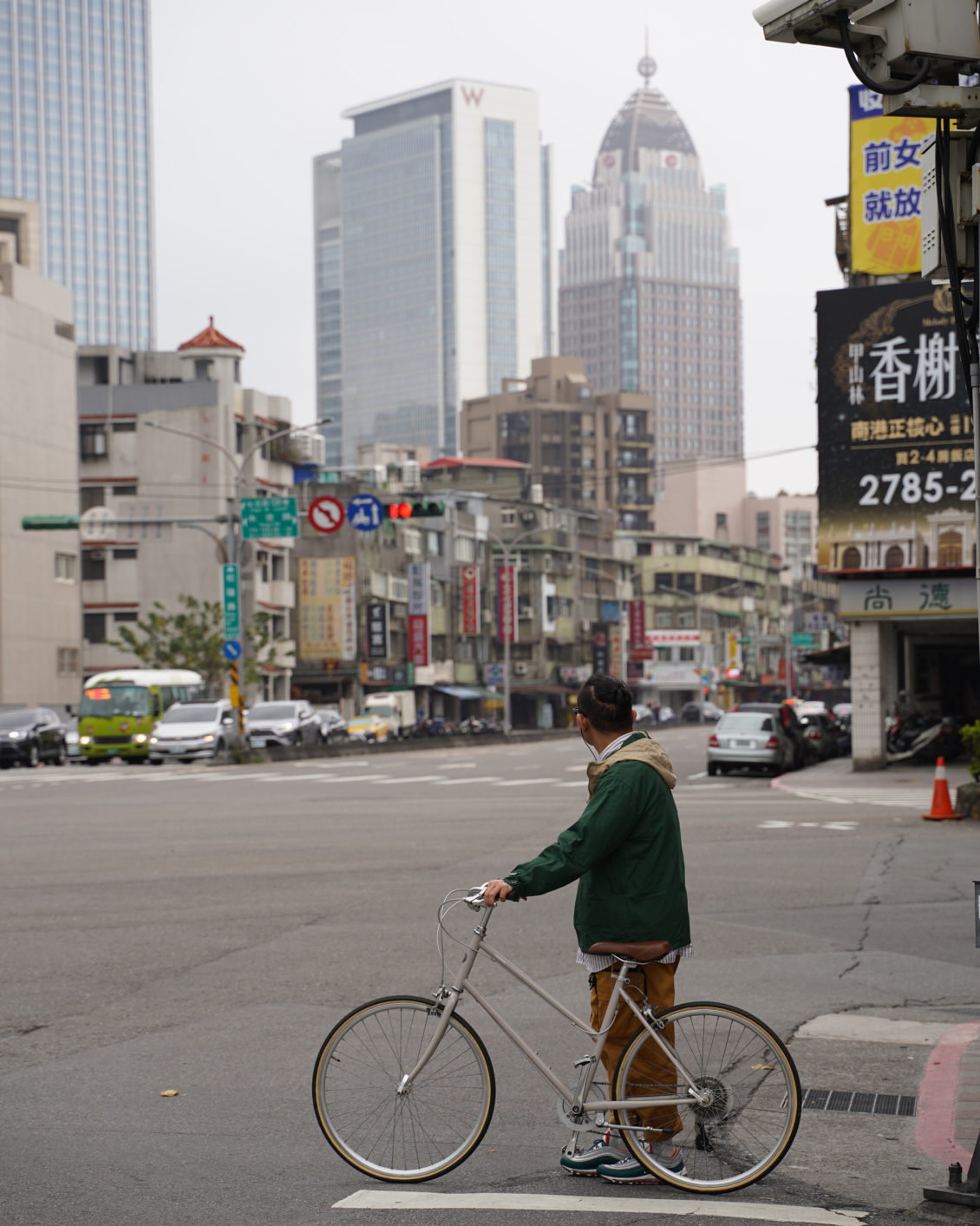 Vibrant Kreuzberg, once enclosed by the Berlin Wall on three sides, now feels like its own little village right in the heart of Berlin. The most populous district in Germany welcomes you with a very diverse, open-minded, creative and relaxed neighborhood. Tree-lined bike paths along the canal and the waterfront take you through the urban jungle to the nearest park, café, pop-up gallery and let you explore the numerous typical backyards.

On the southwestern edge of Kreuzberg is the large Tempelhofer Feld. The former airfield was closed in 2008 and is now a large public space that you can use for all kinds of outdoor activities. Just grab your bike, circle the park, and enjoy the wind at your back as you pedal into the sunset on the former airstrip.

The Shintomicho Cultural Market building is one of the few public markets in Taipei that maintained its original appearance during the Japanese occupation. The building and the administrator’s office of the market were listed as a municipal monument in 2016, and were later transformed and maintained by private units into the current Shintomicho Cultural Market exhibition hall. The Japanese wooden house next to the market used to be the office of the market administrator is now tokyobike Taiwan store. 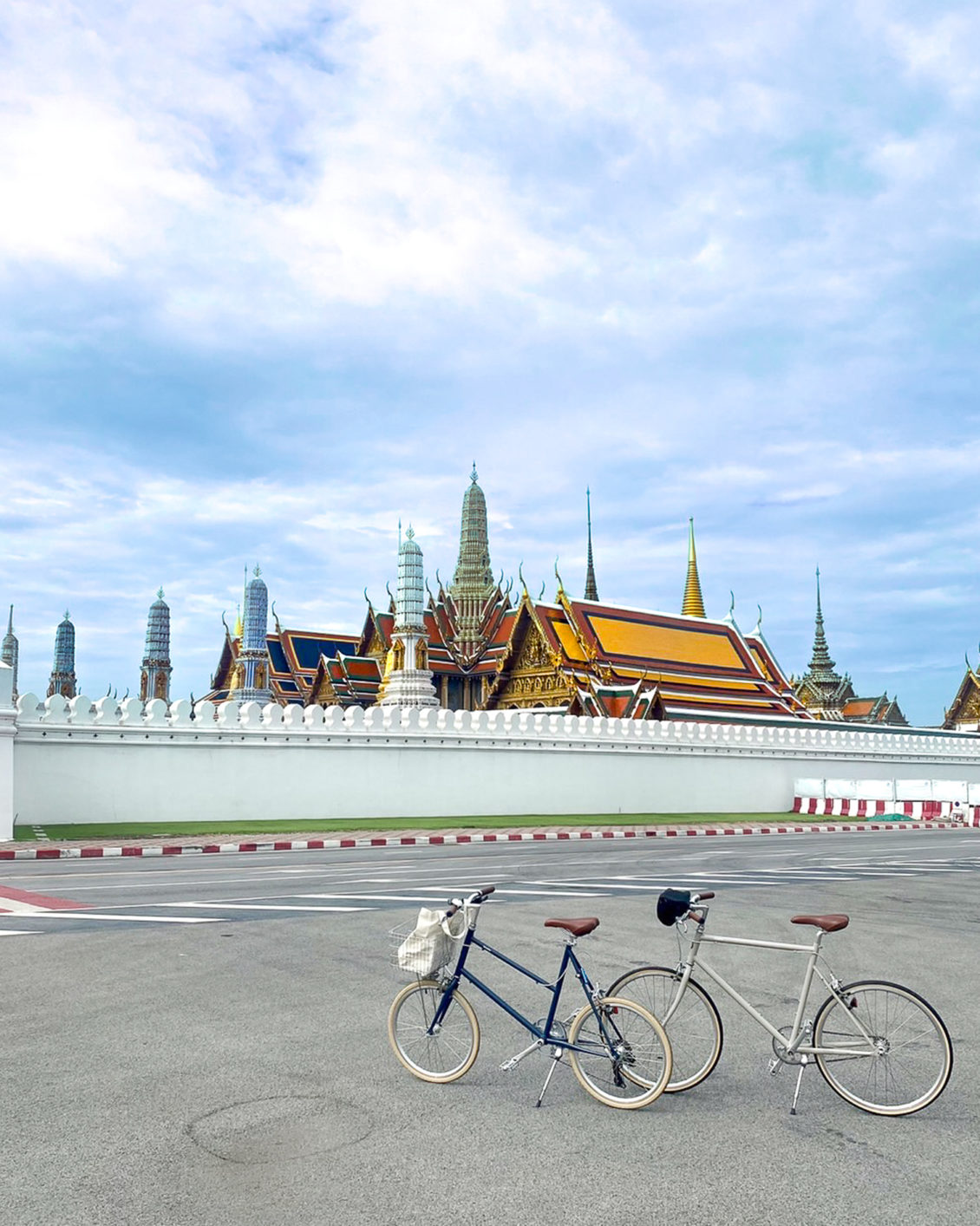 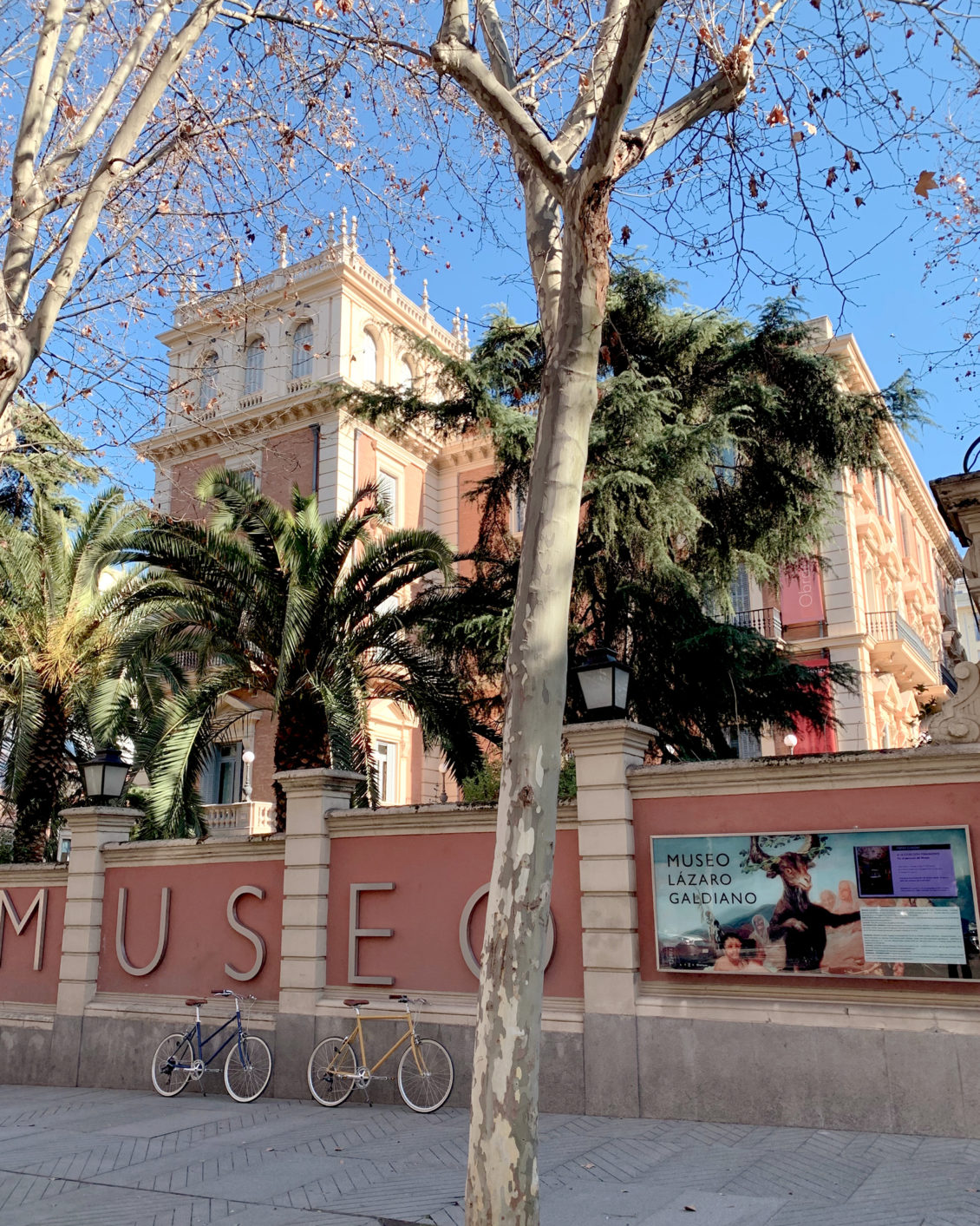 Bangkok is called “Krung Thep” (City of Angels) by its inhabitants, and it really lives up to its name. It’s a big city and fun to explore by tokyobike.

Wat Pho
Wat Pho (Temple of Reclining Buddha) is an area close to the royal palace that bustles with tourists during the day, but is best visited at night when the crowds are gone. It’s easy to get around on a bicycle, and the illuminated temples and pagodas look especially beautiful against the night sky. There is also a flower market nearby where you can enjoy a stroll.

Talad Noi
Talad Noi – Charoenkrung
In recent years, the area has hosted ‘Bangkok Design Week’ and is one of the most creative places in Bangkok. There are many shops crowded together in narrow alleys, great bars and cafes and gourmet food but it still retains the atmosphere of old Bangkok.

Lilou and Laliart
Originally named “Laliart”, the cafe opened in the same year as tokyobike (Thailand). We’ve been together in the same building for about three years before, so we feel connected. They have since moved but they are still neighbours in the same Ari area. The café has a pleasant atmosphere, and we highly recommend specialty coffee and exquisite sweets that are low in calories.

With the envious record as the city in Europe with the highest number of days with clear skies, its the sky that is the focal point making its terraces and penthouses the best place to enjoy it.

The best way to explore Madrid is pedaling and strolling through its narrow streets to discover its rich culture and mix of architecture new and old. Art can be seen in almost every neighbourhood so much so it can feel as though you are moving through an open air museum.

“No drama, just coffee” They are master coffee roasters and they know this drink like no one else in the city. They have three very central locations and are spaces where bicycles are welcome. Undoubtedly the best place to relax and enjoy a drink or its delicious snacks and cakes. 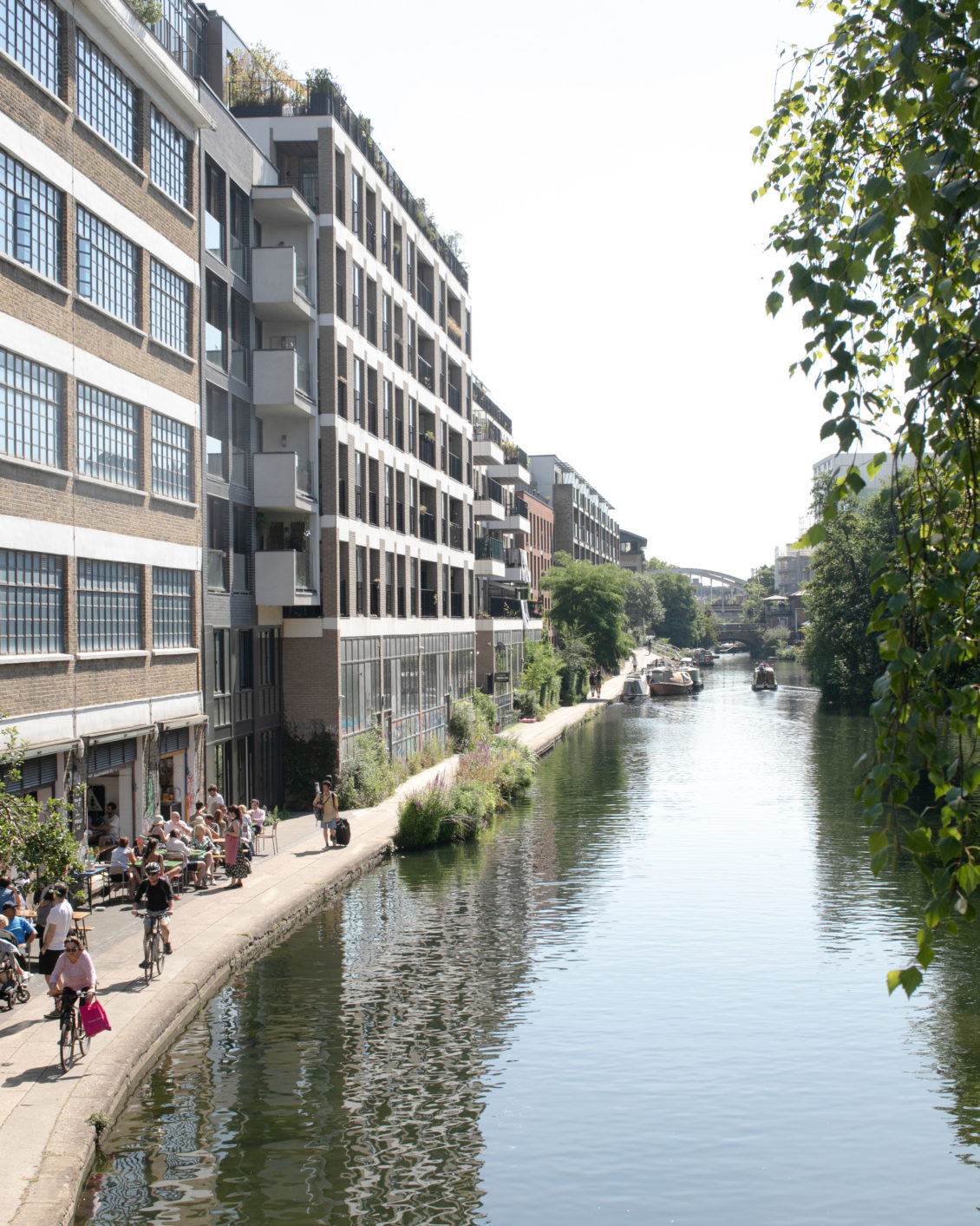 Shoreditch was historically an industrial part of London and despite the gentrification over the years, it still retain pockets of creativity. A cycle around the neighbourhood still comes with a sense of discovery. Stop at Leila’s on Calvert Avenue for exceptional produce, walk through a nondescript door off Arnold Circus to find Rochelle Canteen or take a peek inside Jasper Morrison’s studio and store off Kingsland Road. It’s the area where we have our store, has always felt like our natural home and is our favourite place to explore.

The Regents Canal was, for a long time, a neglected, run-down waterway that had lost its significance as a transport route across the city. Today it’s one of the best places to cycle. From Little Venice in the West to Limehouse in the East, its a way to cross London away from the hustle. It’s a safer, cleaner, quieter route that can transport you somewhere else, not just physically but mentally too. With the sun shining and the water by your side, your morning commute can feel like a mini holiday.

Towpath Cafe
From our Shoreditch shop you can cycle along the towpath to Victoria Park passing by our favourite cafe. A humble spot that only opens during the warmer months but is so good that the arrival of spring comes with the added joy of a trip to Towpath Cafe.